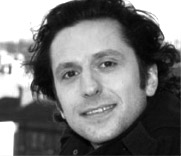 An interview with Chris Maher, founder and CEO of both the Dublin City Soul Festival and Musical Youth Foundation projects. He is a professional radio broadcaster and has been involved in radio since 1999, presenting popular specialist soul music shows on stations including Dublin City FM, XMAS FM and 4FM. He currently presents a soul music show on Dublin City FM every Thursday…

What inspired you to set up the Musical Youth Foundation?

“My background is as a DJ and my passion is for soul music. Back in 2003 I was invited along to Memphis to the launch of the Stax Museum, which is basically celebrating a music label that all these musical greats like Otis Redding, Booket T & The MG’s and Issac Hayes worked on.

Linked to this is the Stax Academy, which provides mentoring and music lessons for Memphis kids. when I saw this I thought that it would be amazing to have something similar at home in Ireland  – somewhere for kids to go after school and practise.”

Where does the money raised for the Musical Youth Foundation go?

How have the children responded?

“So far we have had feedback from the community leaders involved and we hope to get feedback from the kids soon but flyers are placed in local shops and those attending the lessons seem to be deciding to go themselves as opposed to having their parents sign them up.

It’s nice for these kids to have an after-school activity that is a little less formal and involves a fun activity. Somewhere they are accepted as individuals and encouraged in a safe and secure environment “

What do the lessons involve?

“The guitar instructors work with the kids and ask them what kind of music they would like to learn and come up with songs that will be fun and teach the basic chords. The lessons are weekly and consist of two half hour periods.Weekly practise sessions are also provided along with supporting workshops in song writing, vocal training etc.”

What do the children get out of it?

“It gives them so much confidence; it has a huge, life changing impact. It is instantly rewarding and fun; its a lot more productive than sitting around watching TV! Learning a new skill like playing the guitar gives children so much confidence which helps them in every other situation. The foundation’s mission is not to create a load of Bonos but from the festival side of things we would hope that in the future some of the kids would progress enough to want to take part in our Rising Stars event but that’s not our aim.”

What are the links between the Musical Youth Foundation and the Dublin City Soul Festival?

“Both projects are closely linked – the Soul Festival will always operate an annual fundraising element for the Musical Youth Foundation. Proceeds from Soul Festival ticket sales goes directly to the MYF to help operate our various music projects.”

What are some of your plans for the future?

“Aside from reaching the point where we are helping hundreds of kids to enjoy music and all the many benefits we would love to get to the point where we have high profile musicians donating a little bit of their time – even an hour or half an hour a year. On a smaller scale we are working to bring our “guitars for kids” programme to every City, town and village in Ireland.”